How to Effectively Measure Your Top-of-Funnel Marketing Initiatives 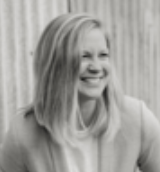 How to Effectively Measure Your Top-of-Funnel Marketing Initiatives

There’s an old quote by a man John Wanamaker you’ve probably heard of: “Half the money I spend on advertising is wasted. The trouble is, I don't know which half.”

This adage is over a century old. However, its grip on businesses can be felt even today. Many clients that we’ve spoken with have had mixed feelings about their investments in marketing because they feel they can’t properly measure its success.

That should never be true. You should — and can — measure the impact and ROI of every top-of-funnel (TOFU) marketing dollar you spend. In this blog, we’ll get back to the basics and take you through each step of that process:

The bedrock of measuring any TOFU marketing is tracking the number of leads you generate. There are actually two parts to this.

The first is having some defined process of recording contact information for every new person who enters the funnel. Most businesses do this in a Customer Relationship Management (CRM) system such as Salesforce, Pipedrive, or HubSpot. Record everything you know — their name, email address, date they became a lead, phone number, company name, address, company domain, etc.

The second part to tracking your lead generation is tagging every contact with their lead source. Where did they come from? How did they find you — or you find them? This is non-negotiable, as it will be the basis later for accurately measuring which of your marketing efforts were most effective at generating the most leads and the most valuable deals.

Examples of lead sources include:

At the same time as you’re tracking every lead you generate, you need to understand where you’re over- or under-performing. Measuring conversion rates (the percentage of people who complete a desired action, compared to the number of people that action was presented to) is how you do that.

Let’s say your sales funnel is a bit dry and you increase your Google AdWords budget for a month. Your goal is to send more users to a landing page where they can download a white paper. From this, you get 50 downloads. Compared to the last month, that sounds great! But, then you look and see that 4,950 people got to that landing page and left without doing anything.

Imagine if you took a day to optimize the landing page; tweaking the copy, changing the imagery, or increasing visibility on the form by moving it above the fold. If that bumped your conversion rate to just 5%, that’s 200 additional leads.

Now that you’ve been tracking all the leads you’re generating and optimizing your marketing assets for conversion, you’re set to attribute revenue back to each campaign.

Let’s say you want to measure your TOFU marketing from Q1. You know that your team:

Take the leads generated from January–March and sort them by lead source. Then, filter for only those contacts with closed deals. Let’s say that at this stage in the process, your numbers look like this:

While you can already see the surface-level effectiveness of your TOFU marketing by looking at the Leads Generated, it’s important to look at how many of those leads turn into deals.

In the above example, only 2 of the 174 leads generated by Google AdWords became deals. That’s just above a 1% conversion rate — not great. It could be that your ads aren’t finding the right people. However, it could also be true that your middle- and bottom-of-funnel nurturing isn’t set up properly for the leads that come in through AdWords.

The next step is simple. Take the trade shows as an example. Together, you spent:

Given you went through this same cost-analysis calculation for each lead source, here’s an updated version of what your chart could look like with the addition of Lead-to-Deal Conversion Rates and Percentage ROI.

By following this process, you’ll have measured your top-of-funnel marketing initiatives. You know how many leads are coming in, where they’re coming from, and what they’re worth. Now, it’s your job to interpret and analyze. In the example above, would you host another webinar or cut those efforts? Spend time aligning content for AdWords or move your budget to another channel?

Möve Marketing has assisted clients at every stage of this process — gathering the tools, setting the strategy, attributing revenue, and determining next steps. If you need a partner to take your TOFU marketing to the next level, get in touch for a consultation.

For a time, creating buyer personas was a must-have. If your team didn’t have defined buyer...

If this year in marketing had a theme, it would be “Doing more with less.” Not only is there...

The Right MQL Goals: How to Decide

How do you determine S.M.A.R.T goals for your marketing team? I think we’ve all heard the acronym...

The Right MQL Goals: How to Decide